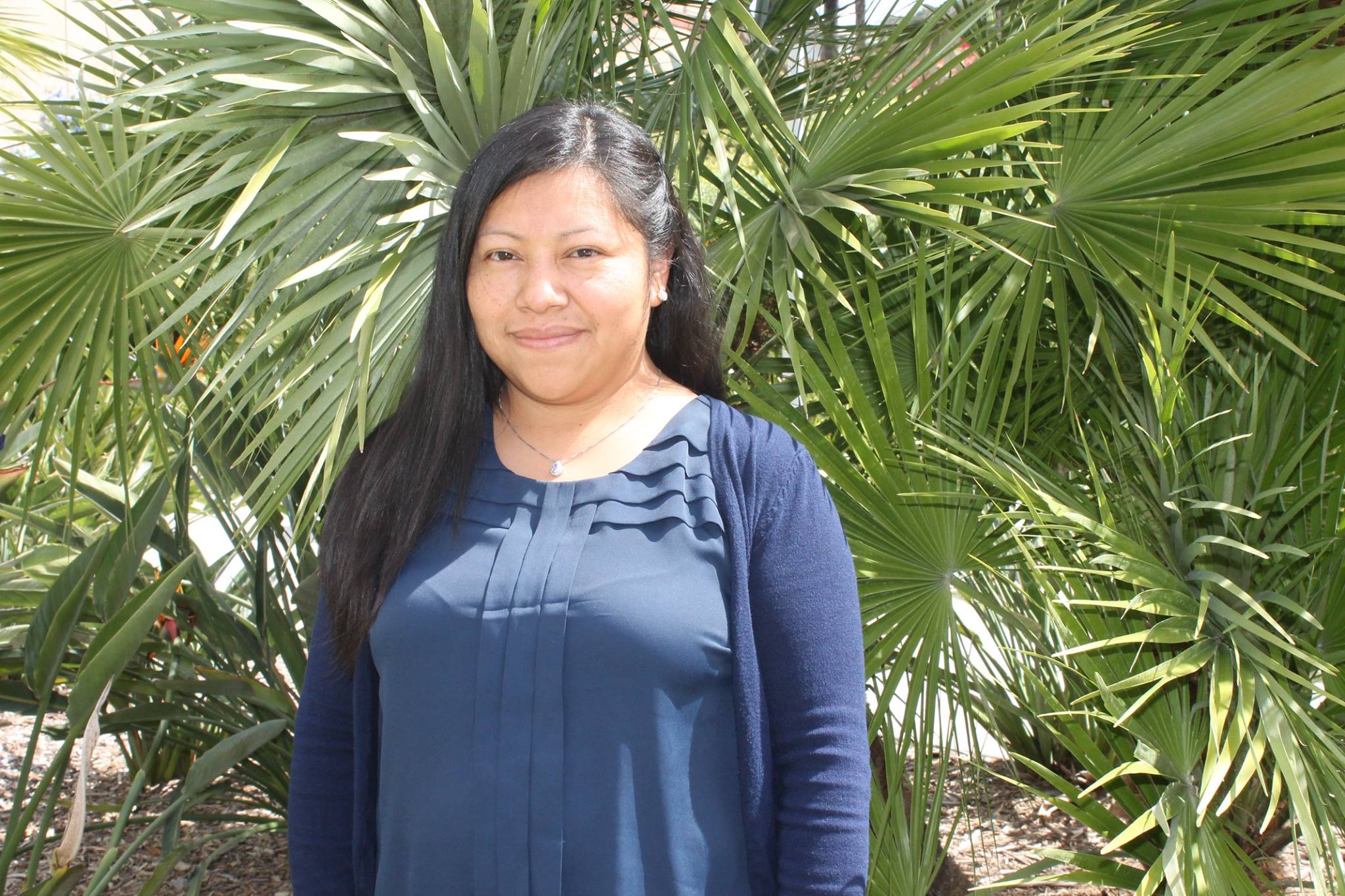 The Dean’s Office is delighted and honored to announce the College of Humanities, Arts, Behavioral, and Social Sciences Dean’s Award winner for 2016, Petrona Gregorio-Pascual. Petrona is an outstanding Psychology student whose persistence, commitment, passion, and achievements exemplify the values, mission, and promise that our College has made to students.

Petrona was born in Aldea Ixnanconop in Guatemala. Her parents brought her to the United States at the age of five years, in search of an education and to have a better life. When she was enrolled at school at the age of seven years she had to learn Spanish and English since her first language is Q’anjob’al (Mayan language), and was promoted to all English courses in the fourth grade. Upon finishing high school, she went into the workforce in order to help support her family.

After several years later, she got married and her husband Mario supported her decision to returning to get an education. After completing her general education units at Palomar Community College, she transferred to California State San Marcos (CSUSM). At CSUSM she met her mentor (now her advisor) Dr. Heike I. M. Mahler and applied to work in Dr. Mahler’s social and health laboratory. Dr. Mahler has been critical to Petrona’s academic success.

Another important factor to her academic success was being selected into the RISE program in Fall 2014. This program has been vital into preparing her for graduate school. She is the oldest of eight children; out of the eight, the first five are acquiring a higher education from different universities including UCSD, UCI, CSUSM, and Palomar College. Petrona is the first in her family to pursue a graduate level degree. In Fall 2016, she will continue her education as a graduate student in the Master’s Degree Program in Experimental Psychology at CSUSM. Congratulations!