In recognition of Dr. McNair’s expertise in physics and his numerous accomplishments, he was selected from a pool of thousands by NASA for the space shuttle program in 1978. Dr. McNair flew into space in 1984, becoming the second African American to fly in space. He flew again in 1986, aboard the ill-fated Challenger, where he was lost along with 6 other crew members (Ellison Onizuka, Christa McAuliffe, Gregory Jarvis, Judith Resnik, Michael J. Smith, and Francis Scobee).

Dr. McNair’s legacy continues to be preserved through the McNair program. The goal of the McNair program is to increase the number of low-income and first-generation college students, and students from historically underrepresented populations that earn graduate degrees (e.g., Ph.D. and Master's degrees). At CSUSM, TRIO McNair is dedicated to assisting students in successfully completing their undergraduate degrees and preparing for/succeeding in graduate school. 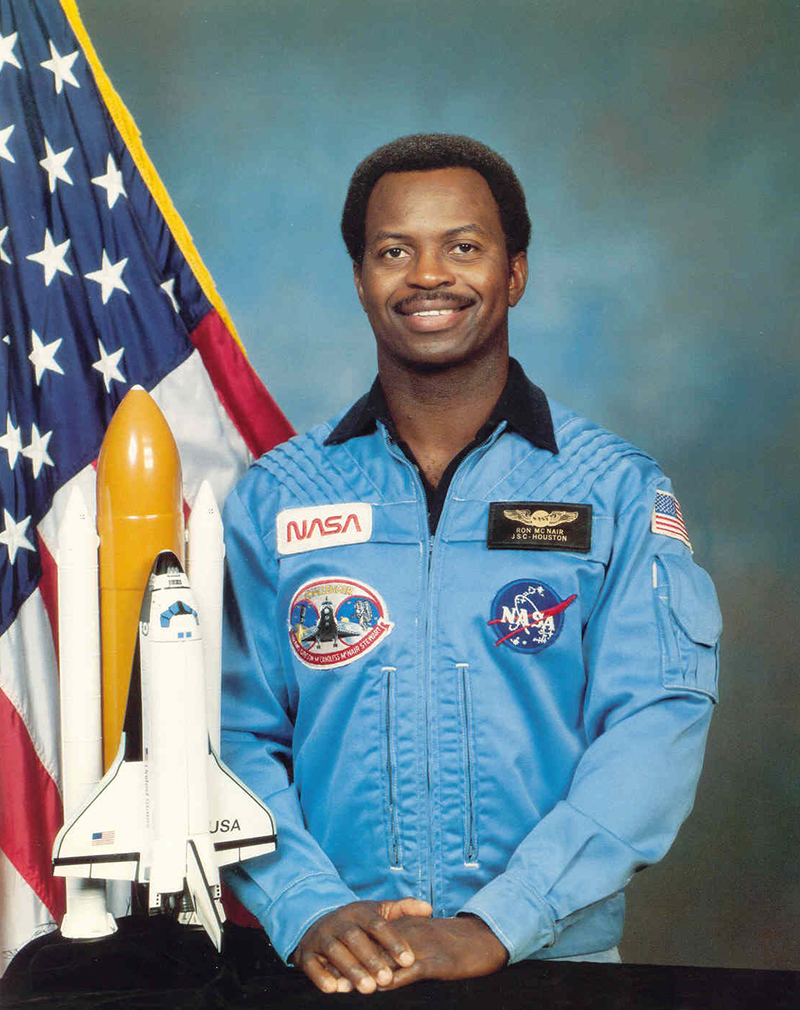 "Before you can make a dream come true, you must first have one."
- Dr. Ronald McNair, Ph.D.