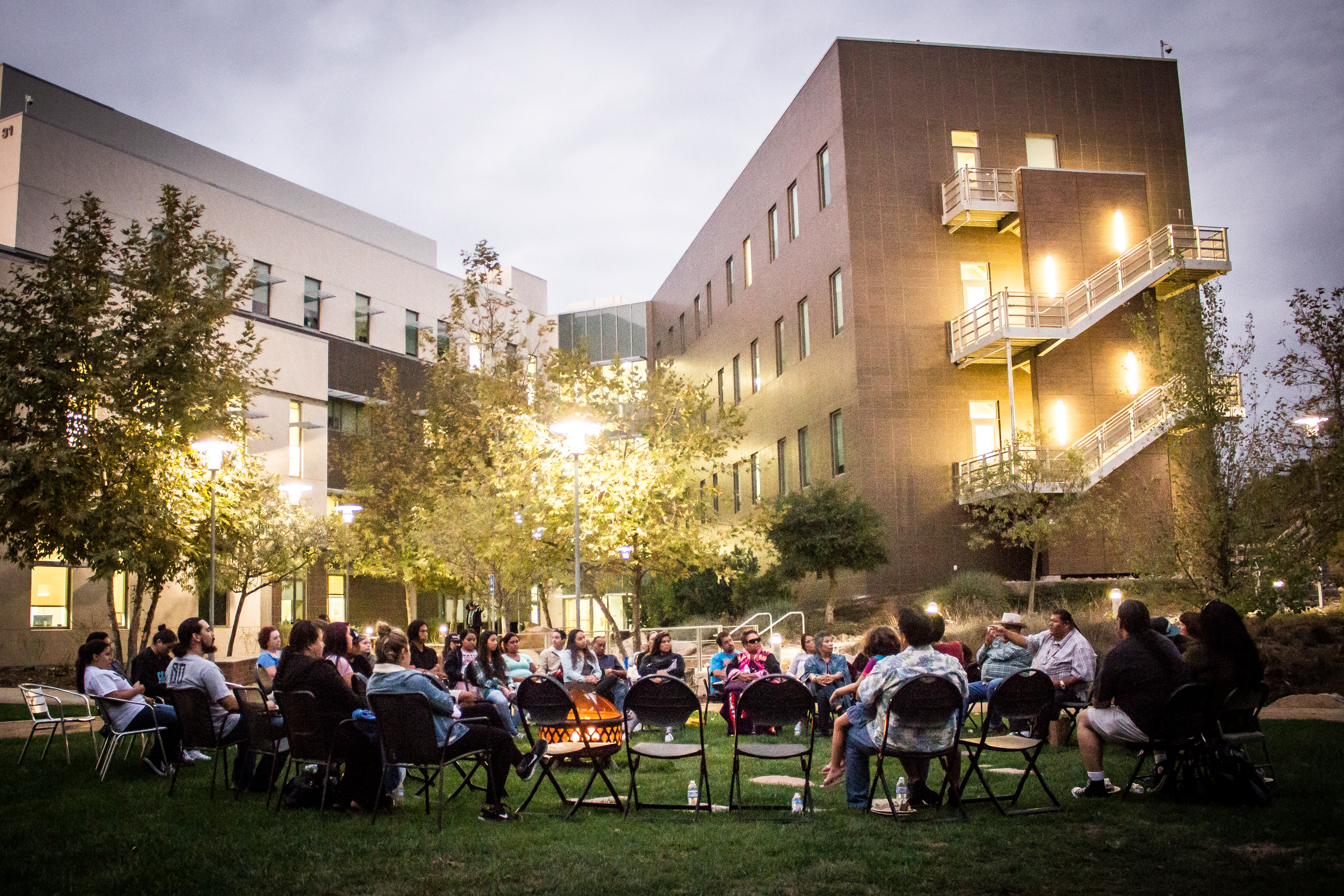 The byline for the California Indian Culture and Sovereignty Center states, “Education is the Path to Self-Determination.” These words greet our staff, students, faculty, and visitors to our ad hoc American Indian Studies Department and they are words that we live by. We live in a fast-moving and complicated era of tribal sovereignty in which the most common image that everyday citizens have of American Indians is a casino. As an American Indian educator, I have spent my entire life combating harmful stereotypes of American Indians ranging from the drunken and poor Indian to the Indian-maiden costume that shows up all too frequently at Halloween and in “cowboys and Indians” themed parties. The motivation for me to fight the good fight always boils down to the byline for the CICSC-education is the path to self-determination and this is true for all of us Indian and non-Indian alike. For American Indian people in particular the need for education to sustain the milestones and achievements that our tribal ancestors and leaders have worked so hard to build is paramount. Building a 21st century AIS department, minor, and, hopefully, major will contribute to the pipeline of success that local tribes are building in Southern California.

In 2005 President Karen Haynes started a Tribal Initiative at CSUSM. She began her work by creating a Native Advisory Council (NAC) comprised of faculty, staff, and, most importantly, representatives appointed by local tribal communities. The NAC is a broad-based tribal community council with a mission to “assist regional tribal communities in Indian country in articulating educational needs through advisement and regular meetings with CSUSM President and CSUSM Leadership.” The NAC works to increase educational, professional, and research opportunities while preserving cultural integrity of tribal communities and realizing individual and unique concerns.

The American Indian Studies Department was first conceived by the members of the President’s Native Advisory Council. In 2007, CSUSM hired the first full-time tribal liaison, Ms. Tishmall Turner (Rincon Band of LuiseñoIndians) in the CSU system from a local tribal community. In 2008, Dr. Joely Proudfit(Luiseño/Payómkawichum) joined CSUSM faculty in Sociology/Native Studies and was hired to take the leadership role in developing the California Indian Culture and Sovereignty Center (CICSC). The CICSC charter was approved in 2009 and the doors opened November 17, 2011. The CICSC has a mission to foster collaborative research and community service relationships between faculty, staff, and students at CSUSM and members of the tribal communities. With tribal staff, faculty, and community support firmly in place at CSUSM, the obvious missing piece to the Tribal Initiative was in curricular offerings.

The American Indian Studies (AIS) Department launched the AIS Major in Fall 2017. The Mission of the American Indian Studies Department is to provide students with a research, community- and place-based program of study through an integrated approach to understanding tribal knowledge about the diverse history, government-to-government relationship, community, culture, and social needs of American Indians in California and the U.S. with the goal of working effectively with and for tribal communities as they interface with non-Indian communities to exercise tribal sovereignty.

AIS provides a bridge between campus and community activities and engagement. Our goal is to create culturally intelligent graduates who will contribute to the regional workforce, including working for Tribal Nations, in meaningful ways. All of our courses include tribal community engagement—with guest lectures, field trips, participatory research, and service learning activities. See our list of more than 30 courses.