College campuses all have their own traditions that make it unique and unite students in campus pride. Here are a few things you should know about our campus legends, traditions and spirit that make us Cal State San Marcos! 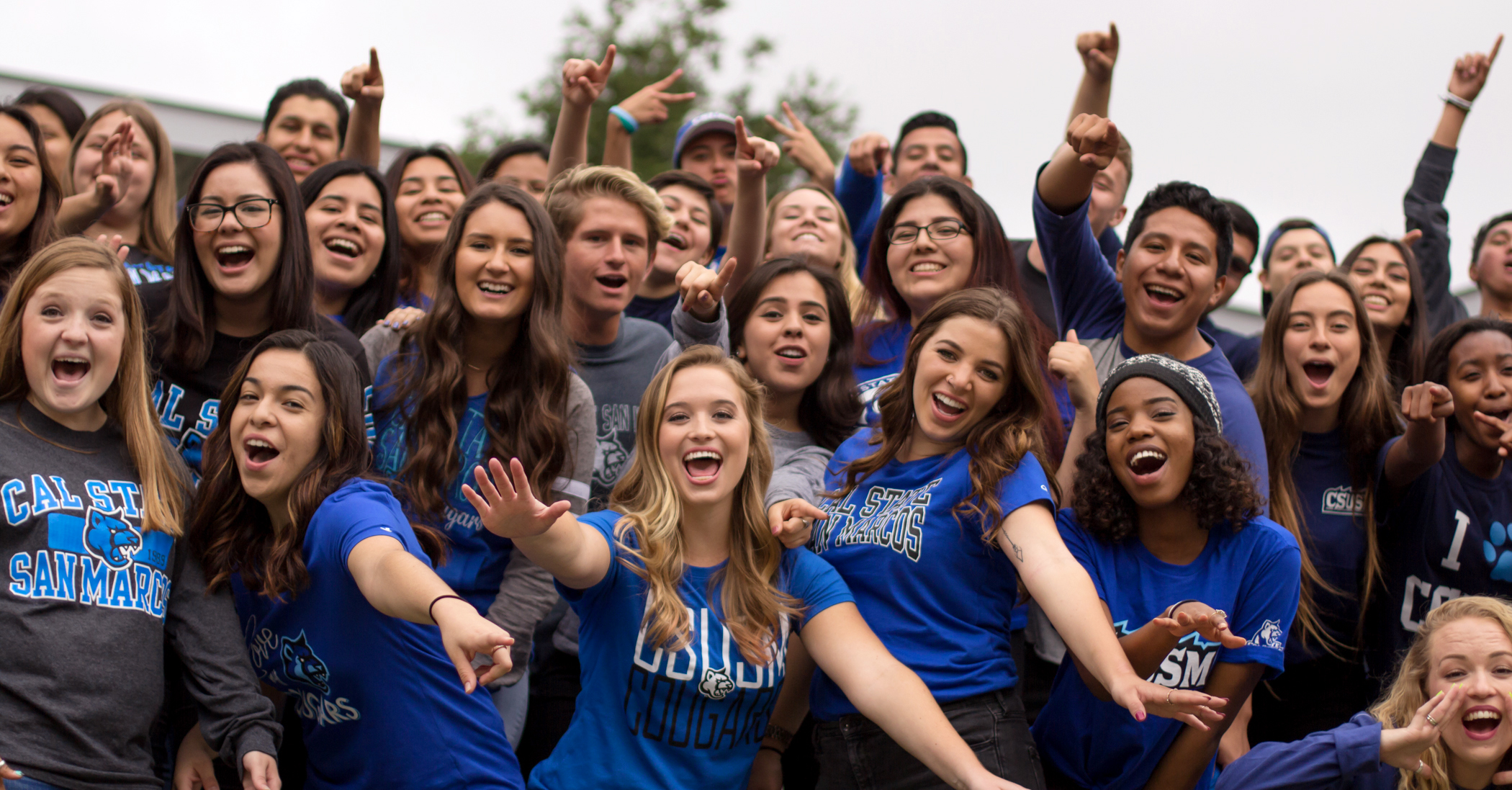 Learn CSUSM's official fight song so you can join BLU CRU in belting it out at the next CSUSM Athletics game!

Watch out for our bite
We are not afraid to fight

In the Spring of 2016, CSUSM hosted a contest to create the campus' first-ever fight song. The winning entry, voted in by students and alumni, was created by a team of students and staff from Student Life and Leadership. The music was composed by Matthew Armstrong, Visual and Performing Arts Coordinator for the San Marcos Unified School District. The song was unveiled at the Grand Opening of the Sports Center on September 1, 2016. 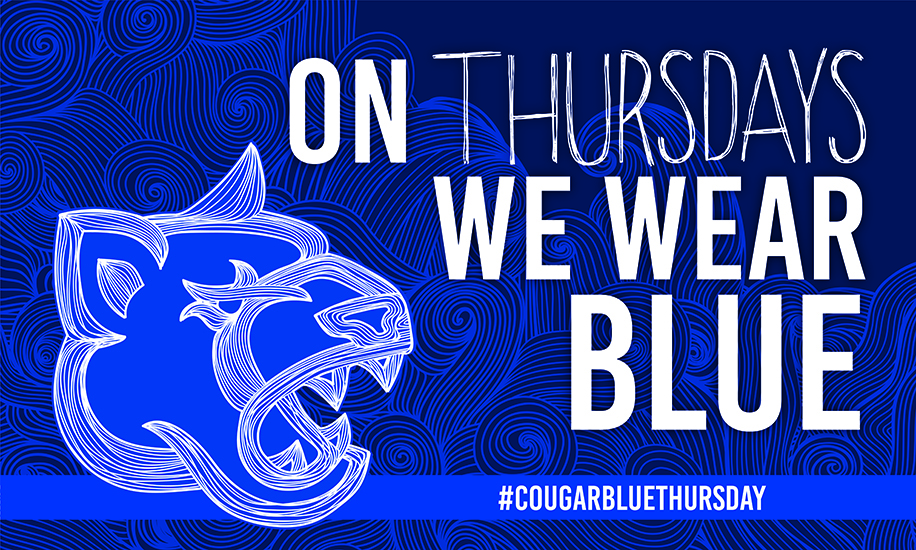 Show your CSUSM pride by wearing Cougar Blue every Thursday! On the first Thursday of every month, stop by the USU arcade to pick up a free SWAG item!