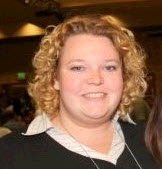 The Center for Leadership Innovation and Mentorship Building (CLIMB) has selected Carrie Smith as its recipient of the 2009-2010 James R. Meindl Student Leadership Award. The award honors one graduating senior from the College of Business Administration (CoBA) at Cal State San Marcos for that individual’s leadership and mentoring achievements in school, at work, and in the business community.  The winner must exemplify the Center’s mission which is as follows: To foster the development of effective leaders at all levels – individual, team, organization, and community.  This year’s award is being sponsored by a North County firm, Klingensmith, Kincaid & Keim, C.P.A.s, Inc. It will be given out at the Senior Experience Celebration on May 13, 2010 at the California Center for the Arts.

Carrie Smith was selected as this year’s winner of the coveted award because she has thoroughly exemplified the CLIMB mission in all aspects of her life achieving considerable recognition within the College of Business at Cal State San Marcos.

Carrie has been deeply involved with CoBA’s premier business fraternity, Alpha Kappa Psi (AKPsi), over several years, serving as the fraternity’s Vice President of Marketing and Vice President of Administration and is currently wrapping up her second term as President. In addition to serving as one of the fraternity’s key leaders over the years, she has ensured that the fraternity maintains a strong connection with the College of Business Administration, thus creating for her fellow AKPsi brothers, an opportunity to forge strong relationships and increase their visibility within the College.

Carrie was also a part of the prestigious CLIMB Executive Mentoring program this year through which she was able to receive mentoring from an Executive in the local business community.  She in turn took the lessons that she learned and became a mentor to her new pledge brothers within Alpha Kappa Psi. She also organized and hosted a workshop series for her fellow classmates that focused on developing their professional skills. Lastly, Carrie assisted the Dean’s Advisory Board this past summer by working with a team of Board members to offer her perspective on various important matters relating to CoBA’s outreach to students.

Carrie's leadership of AKPsi, her efforts to reach out to fellow classmates, and her continuous commitment to personal growth and development are what make her a true leader and ideal candidate for the James R. Meindl Leadership Award. It is with great honor that CLIMB recognizes Carrie Smith as the 2010 winner of this award.