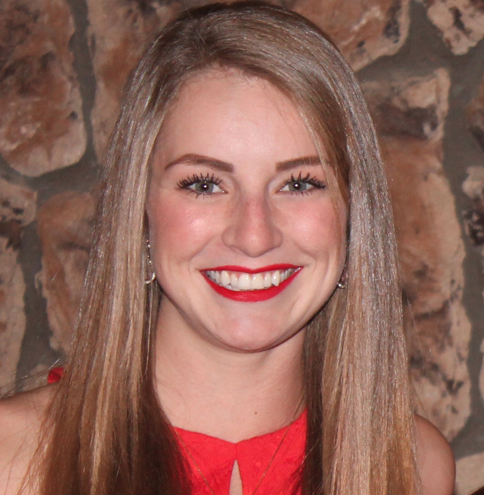 The Center for Leadership Innovation and Mentorship Building (CLIMB) at California State University San Marcos selected Jordan Waechter as the recipient of the 2015-2016 James R. Meindl Student Leadership Award. At the conclusion of each academic year, one graduating senior from the College of Business Administration is recognized for displaying leadership and mentorship in school, work, and in the community. The prestigious award requires the winner to exemplify development of leaders in every environment. This year’s award was sponsored by Welk Resorts and was given out at the Dean’s List Breakfast on April 8, 2016 at the Twin Oaks Valley Golf Course.

Jordan Waechter was selected because she embodies the CLIMB mission: to foster development of effective leaders at all levels - individual, team, organization, and community. In all dimensions of her life, she displays leadership while striving to make a lasting impact on those around her. She believes in inspiring in order to be inspired and encourages those around her to reach their greatest potential in every aspect of their lives.

From a young age, Jordan was dedicated to her academic development and involvement in the community. Jordan graduated high school one year early and swiftly made her plunge into the waters at CSUSM to start her university career. During her time on campus, she completed two international business exchanges in Spain and The Netherlands studying Spanish and Dutch. Upon discovering her love for people, culture, and travel, she began her involvement through the Global Education Office on campus, assisting with Study Abroad Fairs and the International Mentorship Program. In addition to serving as an influencer among the international students, she encouraged students on campus to stay connected and involved with exciting events and opportunities in the community. On campus, Jordan led and participated in movements through the Gender Equity Center supporting sexual assault survivors and individuals within the LGBTQ community. In 2015, the university student paper, The Cougar Chronicle, featured Jordan’s article, “Do Not Let Others Define Your Value.” In her four years at CSUSM, she connected and built relationships through her active role in both Global Business Management Association and Entrepreneurship Society. The College of Business Administration at CSUSM announced Jordan as the graduation speaker on May 20th for the Class of 2016 commencement address. This is a unique honor given only to the most outstanding and inspirational students.

A professor noted that “Jordan is someone who takes care of her team, she spreads happiness and positivity wherever she goes.” In displaying leadership both on and off campus, Jordan was a keynote speaker for Girls Word Expo, addressing mental health concerns and bullying among young women. In line with spreading knowledge, Jordan took her passion to share wisdom and in 2015 launched The Damn Good Guidance Project. The project is composed of a platform of curated universal wisdom for folks to contribute and inspire based on their greatest life lessons. With an entrepreneurial spirit and drive to volunteer, she volunteers her time with Habitat for Humanity and Macy’s Inc. Special Events across the country.

Jordan’s leadership in various roles both in the university and the community at large demonstrate her continuous commitment to personal growth and development. She displays transformational leadership qualities, motivating and inspiring others which makes her an ideal candidate for the James R. Meindl Leadership Award. It is with great honor that CLIMB recognizes Jordan Waechter as the 2016 winner of this award.