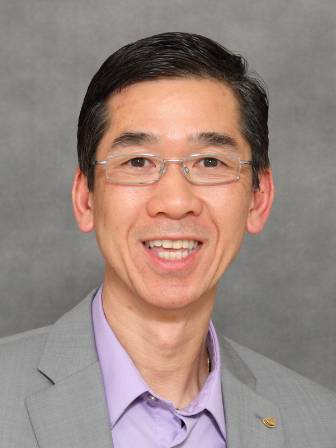 Mr. Jimmy Thai (MSEE, MBA, PMP, DTM) fled Vietnam 15 times, imprisoned twice, and witnessed police killed his brother. Through determination, he eventually arrived in America as a “Boat People” refugee. With no English, money, or education, he started as a janitor at Miramar community college.

5 years later, he graduated from UCSD with a BSEE degree. He went on to earn MSEE and MBA degrees, then attended Executive Leadership training at Harvard University and Federal Executive Institute.

In 2011, he's cracked the “Bamboo Ceiling” as a Vice President for Technology with SAIC – a Fortune500 company with $11 Billion in revenue and 47K employees. His journey illustrates the American Dream, and his story is featured on ABC, San Diego Union Tribune, Time Warner TV, etc.

In 2010, Mr. Thai was placed in the Top-18 speakers at the World Championship of Public Speaking over 240,000 speakers from 114 countries. The Toastmaster Magazine, the global leading authority in communication and leadership, featured Jimmy on its cover of April 2016 issue, making him the 1st Vietnamese American Distinguished Toastmaster on the cover of this prestigious magazine’s 89-year history.

Since 2017, he’s the Technical Advisor for U.S. Navy, U.S. Coast Guard, and U.S. Embassy Hanoi in working with Vietnam Coast Guard and Ministry of National Defense in transferring 2 U.S. warships to protect South China Sea, and potentially a third ship is in the work.

Mr. Thai founded Leadership Foundation Academy (www.JimmyThai.com) to train and coach 5,000 professionals annually for Fortune500 companies, organizations, and top-ranked universities worldwide. These are the links to some of his press coverage and TV interviews.