A dog's sense of smell is 10,000 to 100,000 times more acute than a humans. Shepherds are specifically known for their obedience, tracking, agility and search capabilities. This makes working as a police K-9 an ideal fit for detecting specific odors and searching for items such as explosives, spent shell casings, gun powder and other chemicals or substances that are used in bomb making.

The CSUSM Police Department K-9 unit currently consists of two teams: Sergeant Angulo and Hans, a German Shepherd and Officer McClintock and Kodi, a Dutch Shepherd. Officers and their K-9 partners train, work and even live together—all in an effort to keep our community safe. They provide security at many campus gatherings and sporting events. Our K-9 Teams have completed several weeks of instruction at a specialtyK-9 training center and are California POST certified as a Police K-9 Team. In order to maintain their certification, the K-9 team must attend monthly training and complete a yearly detection test.

They are deployed numerous times a year to sweep office buildings, classrooms, lecture halls, and various venues for sporting events, commencement, and other sensitive locations. In addition, the team is often requested to assist local, state and federal agencies.

If you see Hans or Kodi on campus they are loveable and enjoy getting attention from our students, staff and faculty. 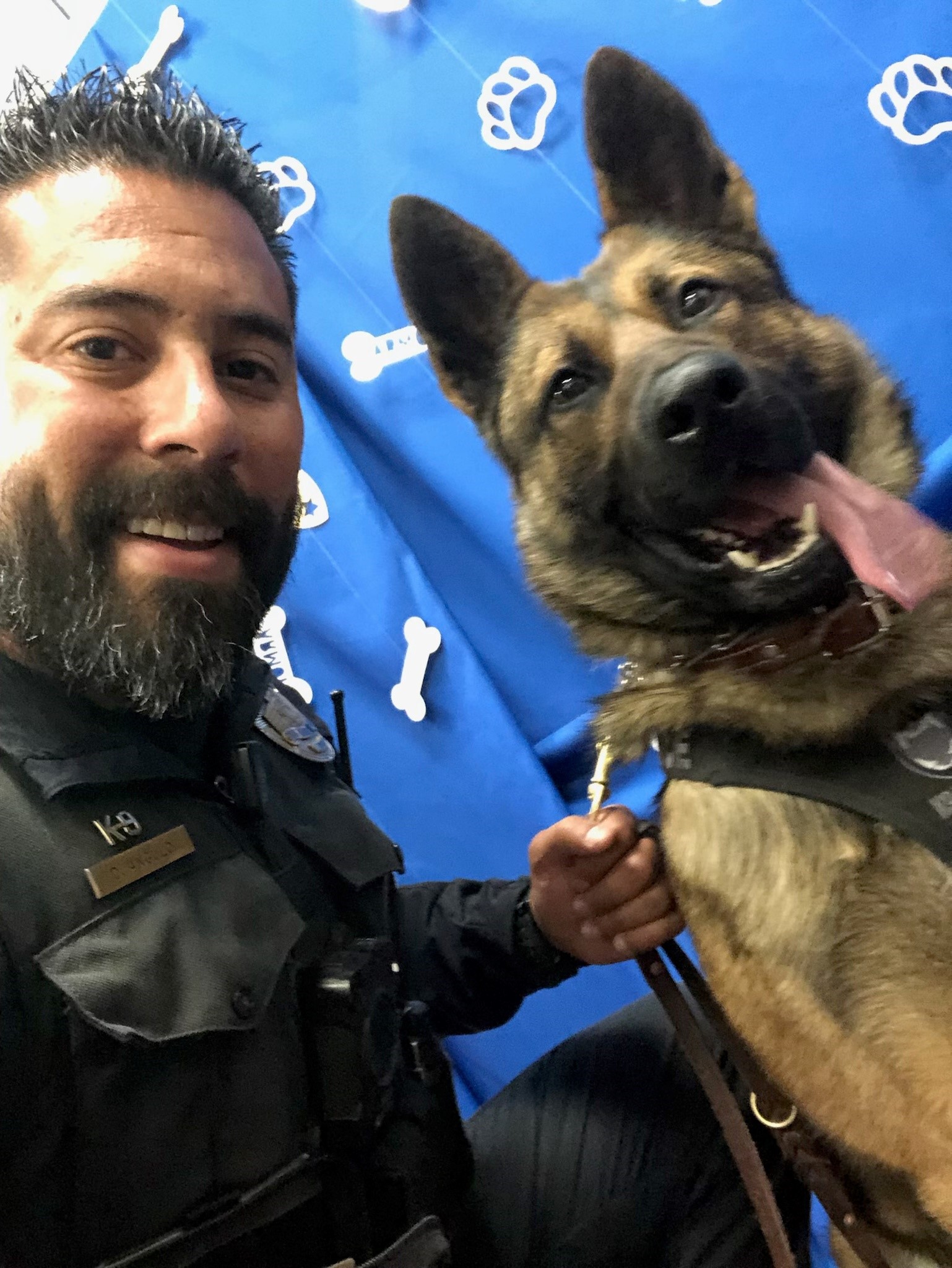 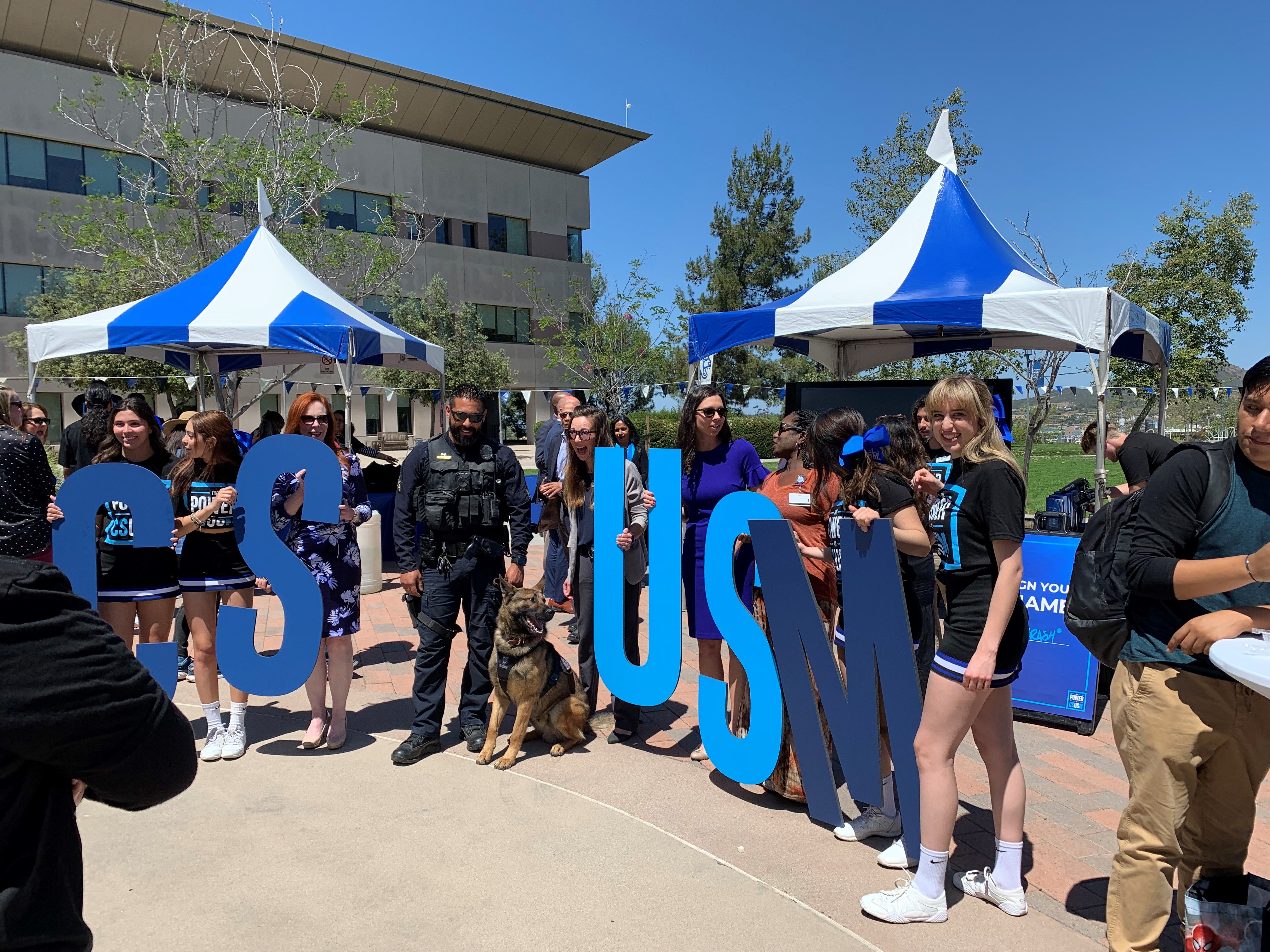 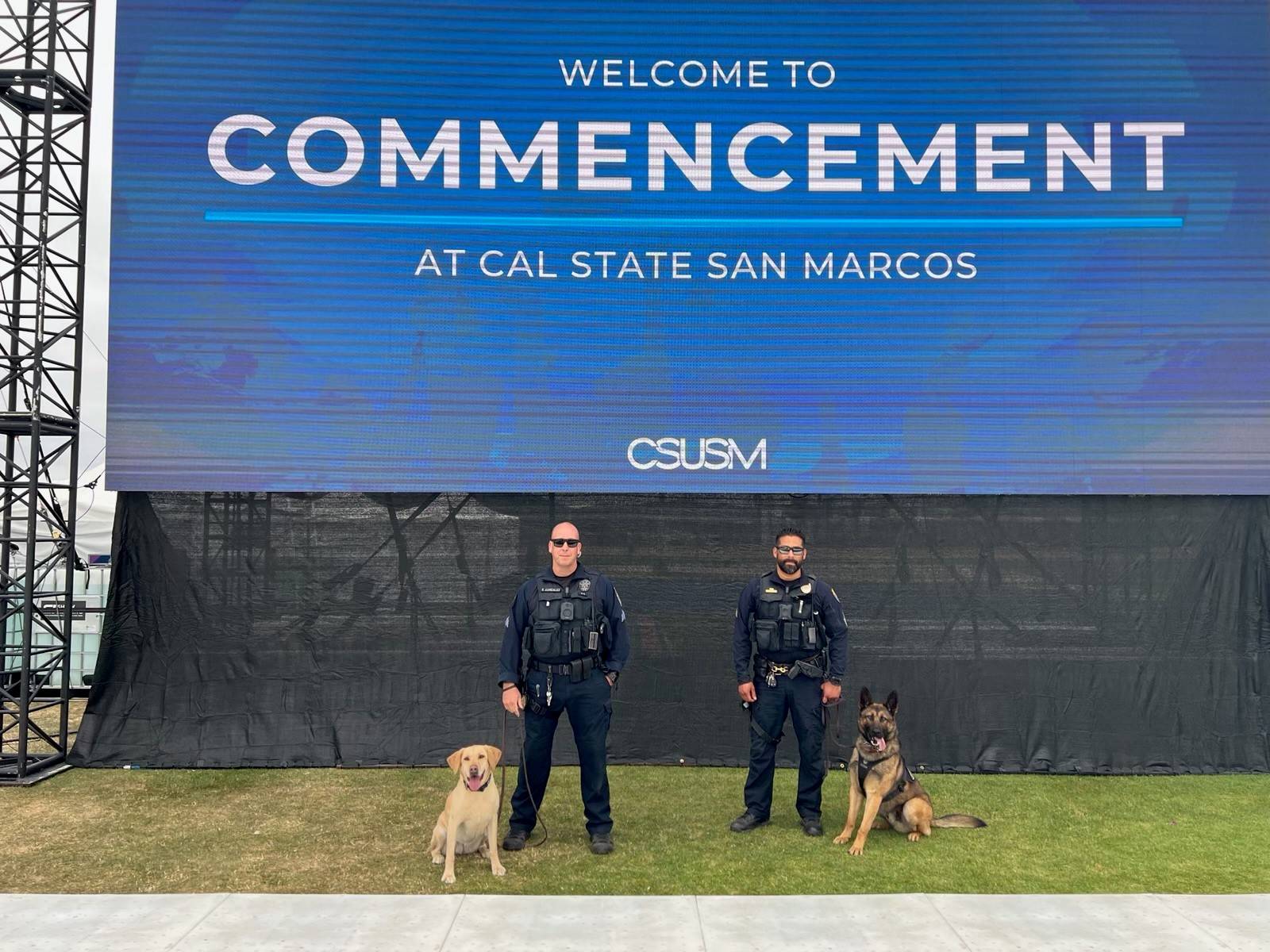 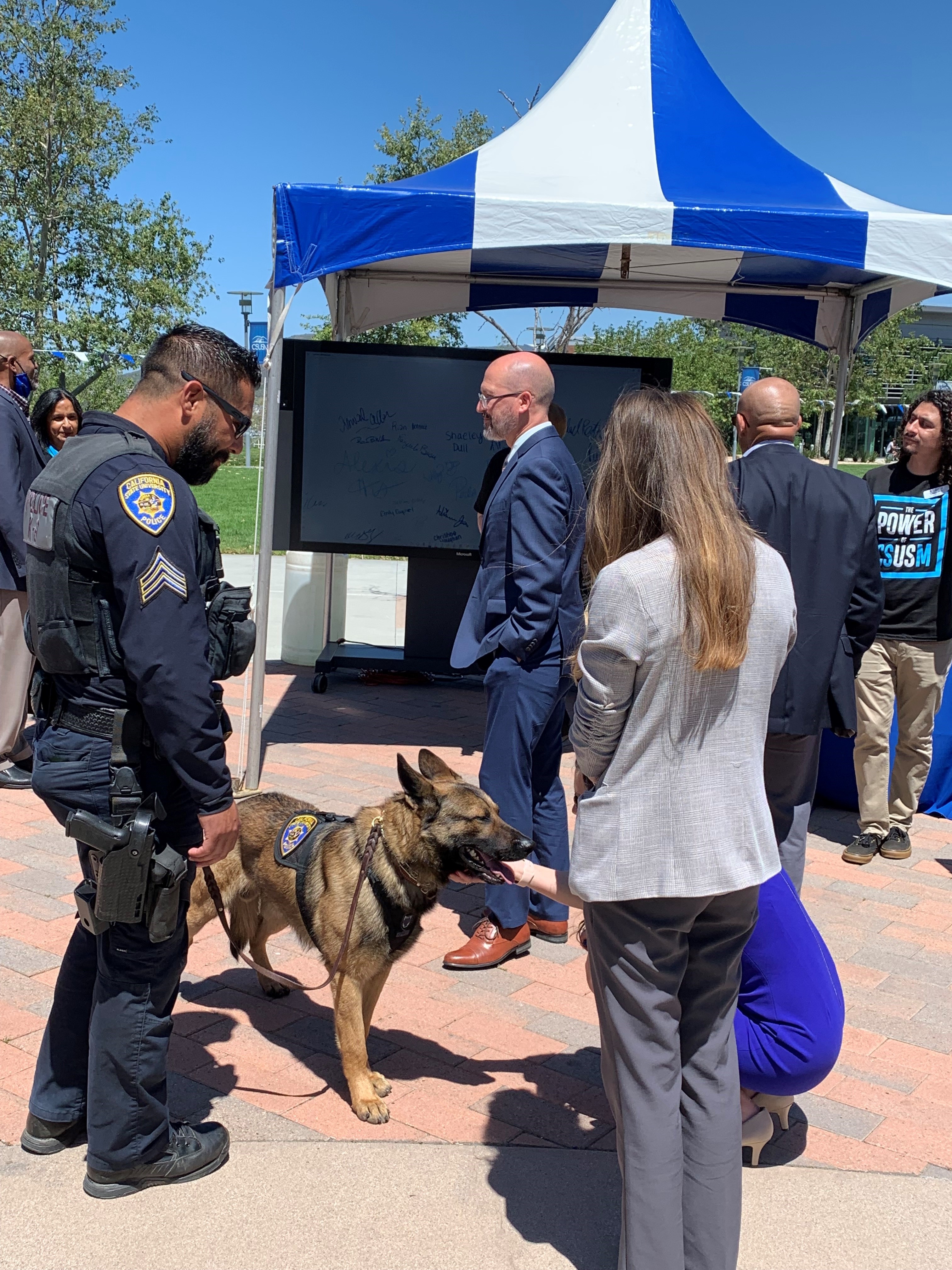 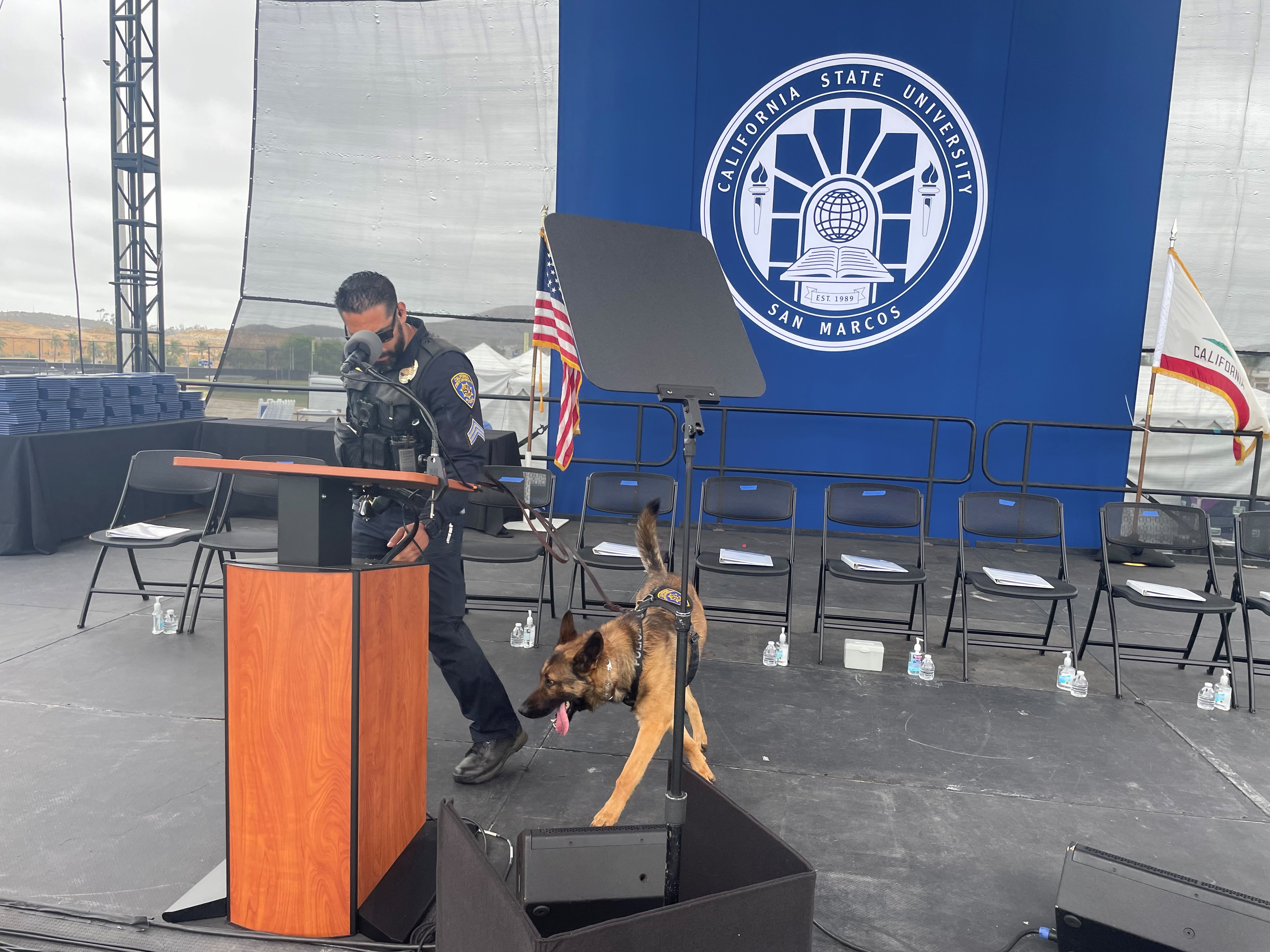 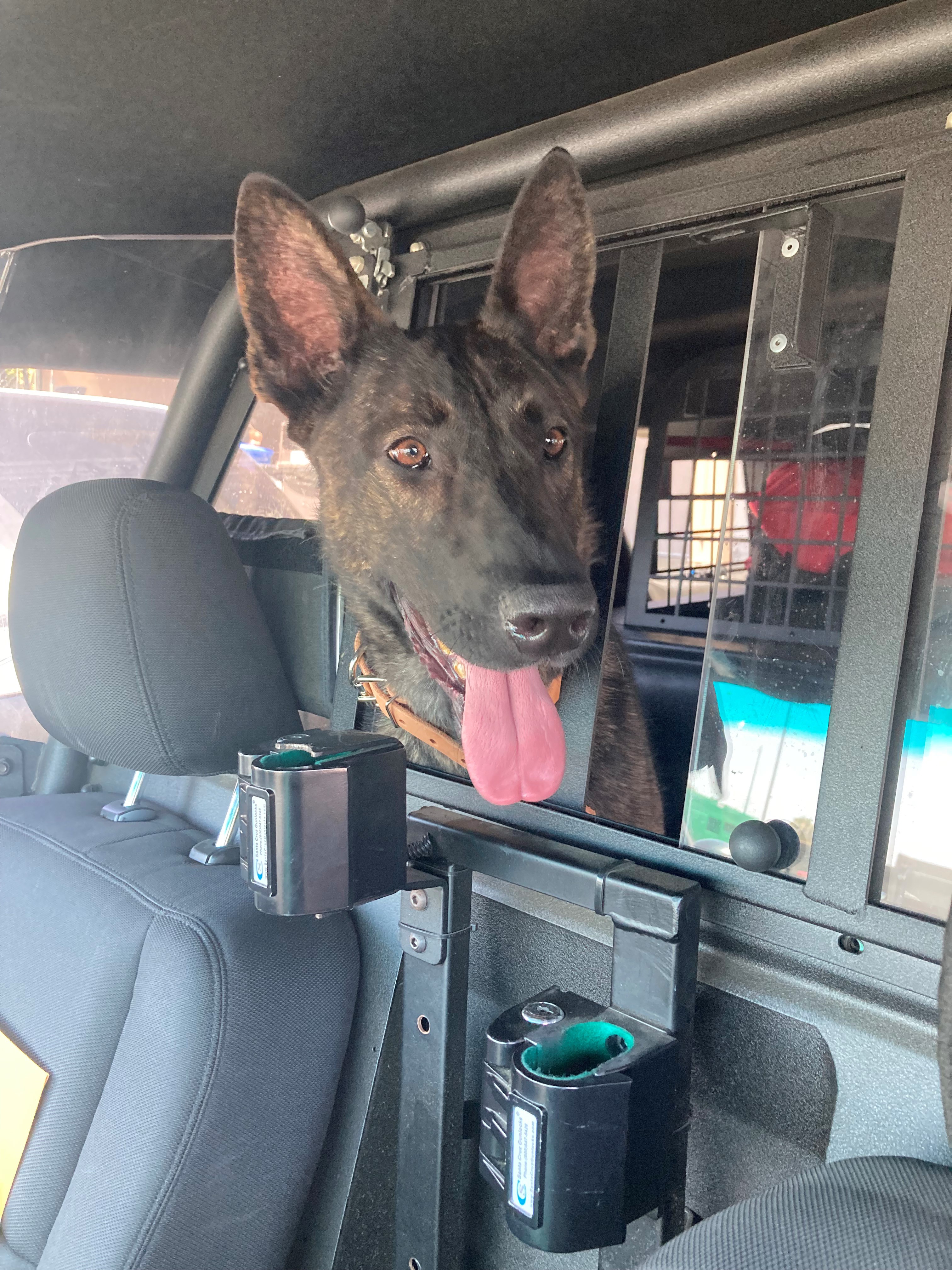 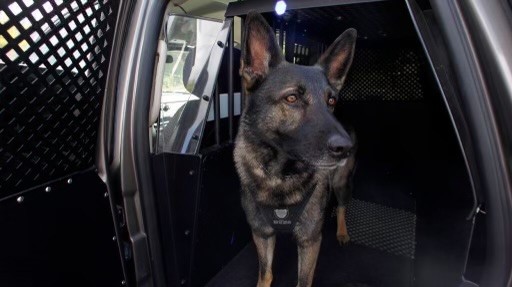 Armor worked with us for 7 years and retired just before his 11th birthday. Sgt. Angulo and Armor developed a reputation as a strong K-9 detection team and were called upon to provide detection services throughout the state. Some of their work includes the Golden Globe awards, Presidential debates at the Reagan Library, political conventions, and MLB and NFL games. They also regularly lead and coordinate mutual aid K-9 responses throughout San Diego. 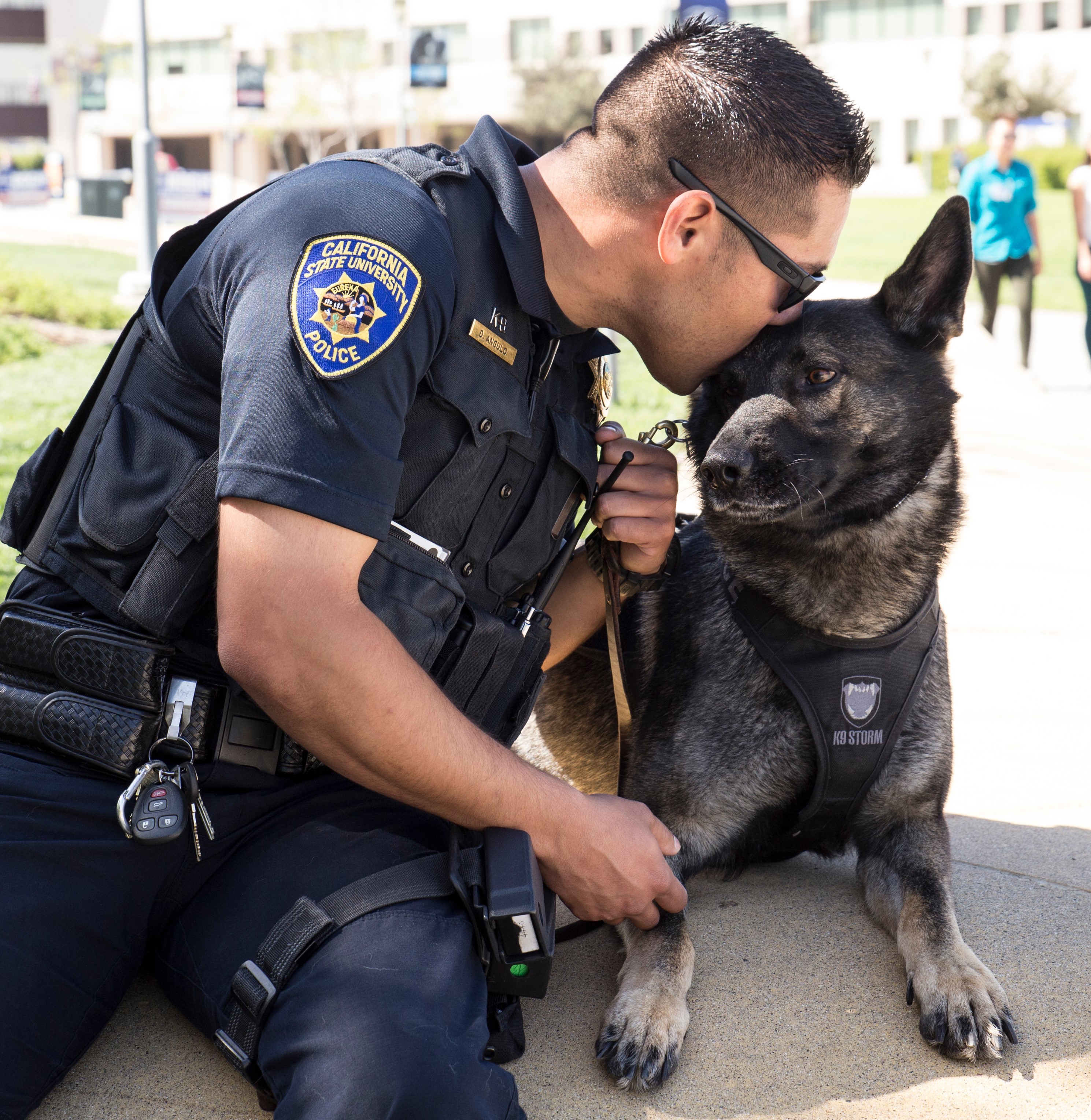 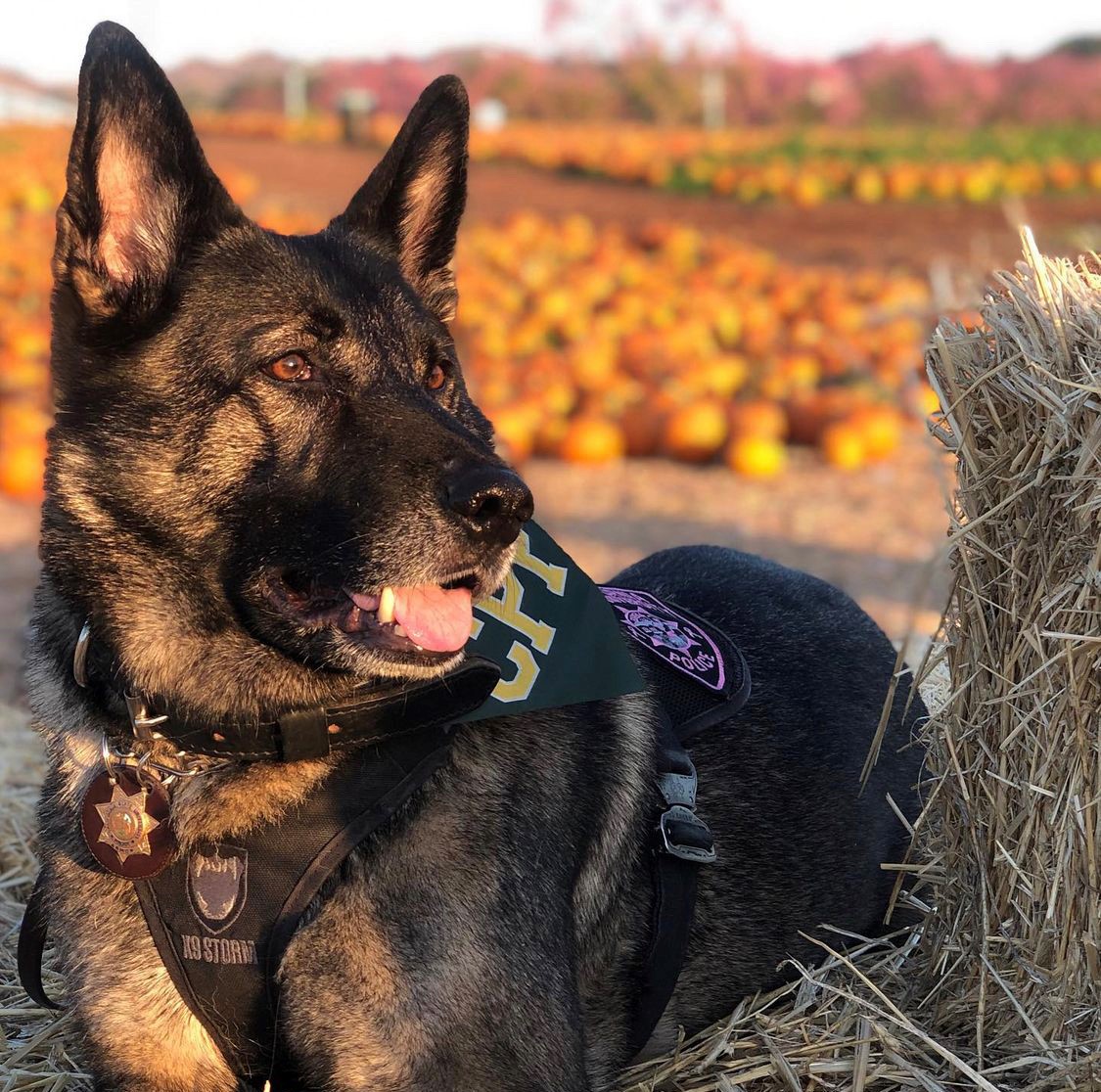 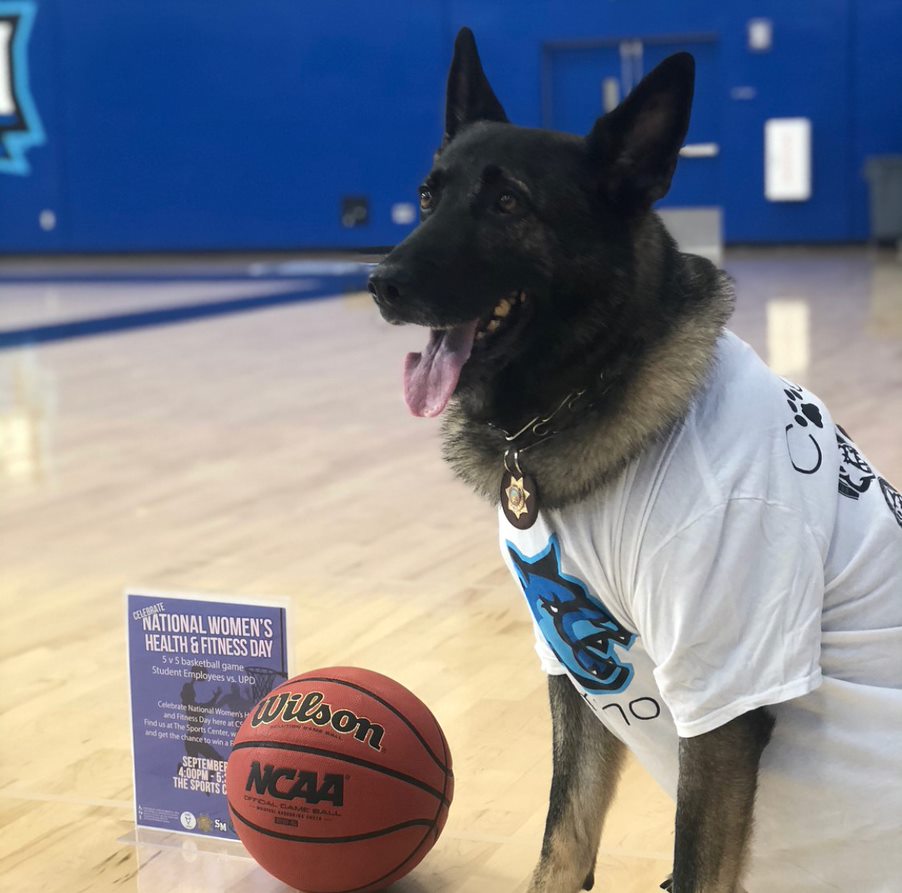 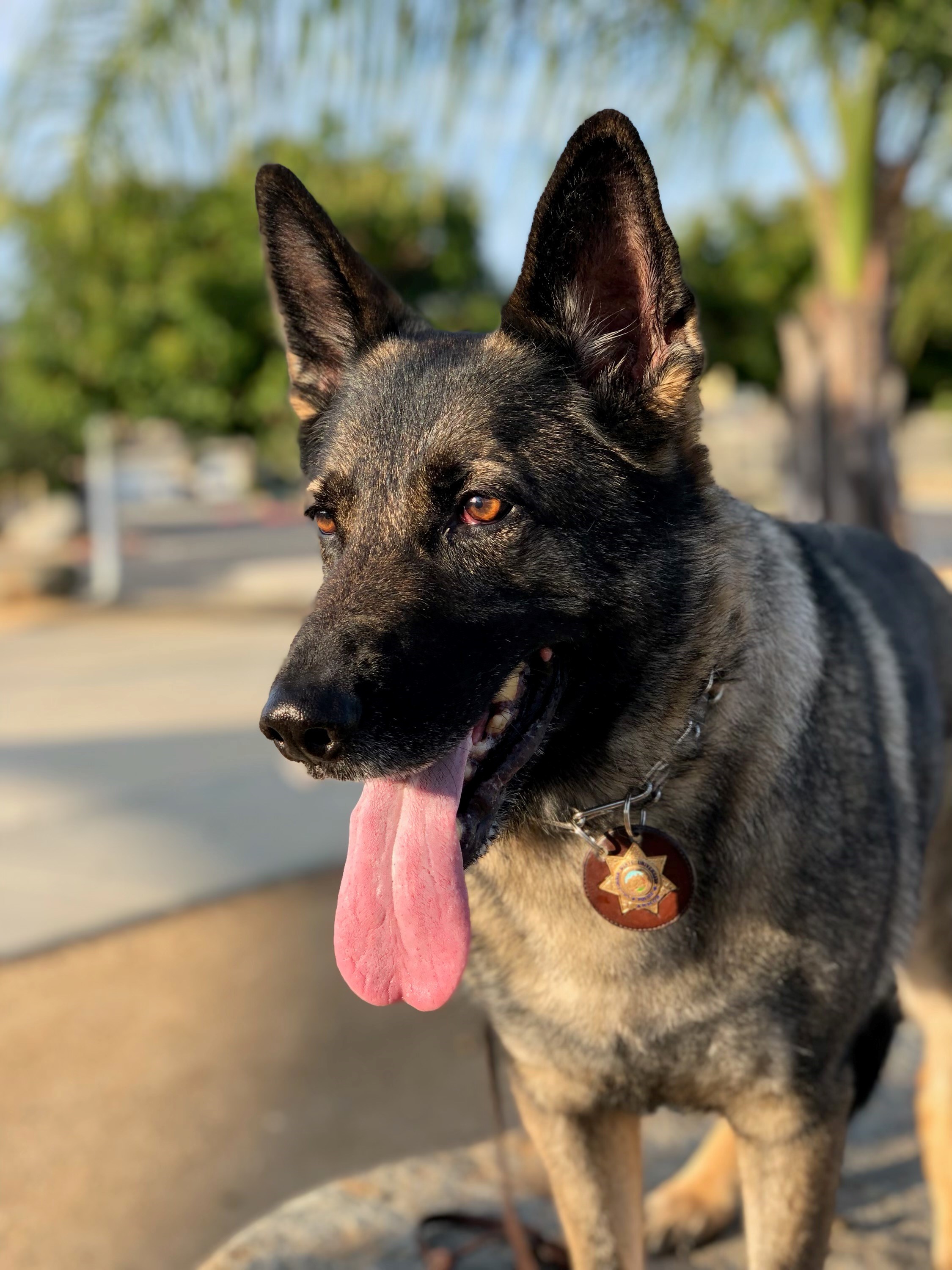 Vince, a Labrador Retreiver worked for CSUSM for three years. Sgt. Derouin and Vince worked together as an explosive detection team. They attended many events on campus and through out San Diego County.  Vince was retired early due to on going pain from hip dysplasia. After fulfilling his duties as a Police Bomb Dog, Vince was adopted by CSUSM Officer Maraschiello and his family.