As an intersectional feminist department, it is imperative to recognize that Tony McDade’s status as Black and trans made him particularly vulnerable to police violence.

All of these murders are the result of a history of anti-Black racism and police brutality that began the day in 1619 that the first enslaved Black person set foot on this continent. This racism and brutality continue to be a cornerstone of American society and, consequently, a critical focus of our WGSS courses.

The WGSS Department stands with Black Lives Matter and the entire Black community—and all people of color.

We stand against structural and individual racism, police brutality, state-sanctioned violence, mass incarceration, environmental racism, economic injustice, and all of the brutal ways Black, Indigenous, and people of color (BIPOC*) continue to be treated in the United States.

We stand for social justice.

We stand with Black Lives Matter in demanding an end to systemic racism; the defunding of police to reallocate funds to social, educational, and health programs; economic and social investment in Black communities; the creation of Juneteenth as a national holiday; and the establishment of a world that affirms the lives of Black people—and all people of color—regardless of actual or perceived gender identity, sexual identity, gender expression, religious belief, immigration status, economic status, or national identity (Black Lives Matter 2020).

A note to white people:

Race and racism are not issues that belong to Black, indigenous, and people of color. While whites often think of themselves as “raceless,” white people are not without a race. Rather, race and racism are issues that belong to white people because race, racism, and whiteness were created by whites to justify the historic and brutal exploitation of African people, the eradication of indigenous lands and resources, and the oppression of indigenous, Chicanx/Latinx, Asian, and other people labeled “of color.”

To dismantle racism, white people must do the work of examining themselves—their whiteness, white privilege, structural racism, and white supremacy. This means listening to (not lecturing at) Black, indigenous, and people of color about their experiences; validating their experiences; and doing research on and becoming familiar with the issues of racism—even when it is uncomfortable.

To dismantle racism, white people must unlearn dominant narratives about BIPOC,* and learn what anti-racism means.

To dismantle racism, it is essential to learn more. 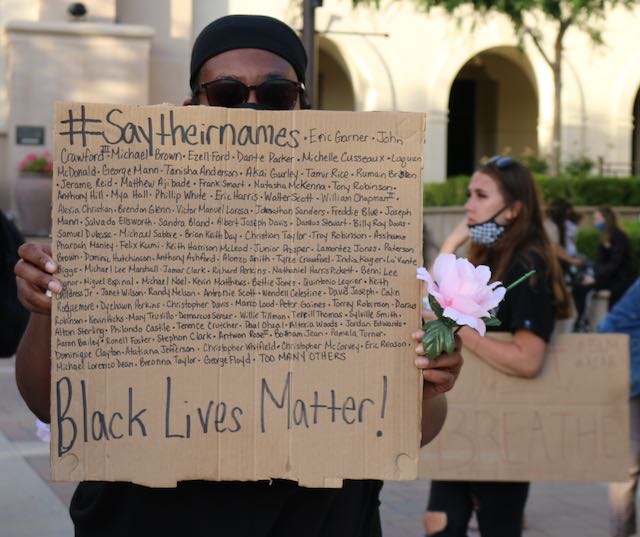 Here are some readings and videos, and links to additional resources:

Kimberle Crenshaw on intersectionality and the #sayhername movement:

The 1619 Project, The New York Times Magazine (includes a rich collection of essays)

Between the World and Me by Ta-Nehisi Coates

“The Case for Reparations” by Ta-Nehisi Coates
Also available in the CSUSM Library collection: The Best American Magazine Writing 2015

We Were 8 Years in Power by Ta-Nehisi Coates

How to Be an Antiracist by Ibram X. Kendi

So You Want to Talk About Race by Ijeoma Oluo

*"BIPOC" is a relatively new yet commonly-used term, but language evolves, often quickly. Consequently, we remain committed to updating the language we use in our teaching and web content to reflect distinct community preferences.