Women's, Gender, and Sexuality Studies students represent a vast spectrum of gender identities, races, ethnicities, faiths, and socio-economic backgrounds. Together, they  have become an important presence on campus, and they continue to provide strong, feminist leadership.

I loved [WGSS].  It made me realize how women are treated in this world and it pushed me to strive as a positive force in society.    – WGSS Graduate

Our students were responsible for the creation of two campus organizations:

Our students were also instrumental in establishing the Women's Center, now the Gender Equity Center. And, our department has a blog, where you can read some student work and see some of their experiences—WGSS at CSUSM blog.

WGSS students have been extremely active over the years, dedicating themselves to diverse organizations and programs on campus and in the community, from the LGBTQA Pride and Gender Equity Centers to public schools, social services agencies, and local governments.

The students have received campus leadership awards and made their marks beyond CSUSM, including the following examples (please note that many of the awards occurred before the department was renamed "Women’s, Gender, and Sexuality Studies").

Su voto es su voz.
Your vote is your voice.

If you are eligible to vote in the U.S. but are not registered, register today!

If you've moved since last registering, re-register with your new address.

Not feeling well or is the stress of school making you anxious?

Hang out with folks at a CSUSM student center. 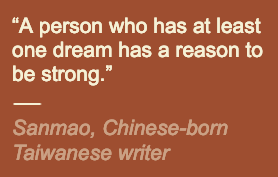