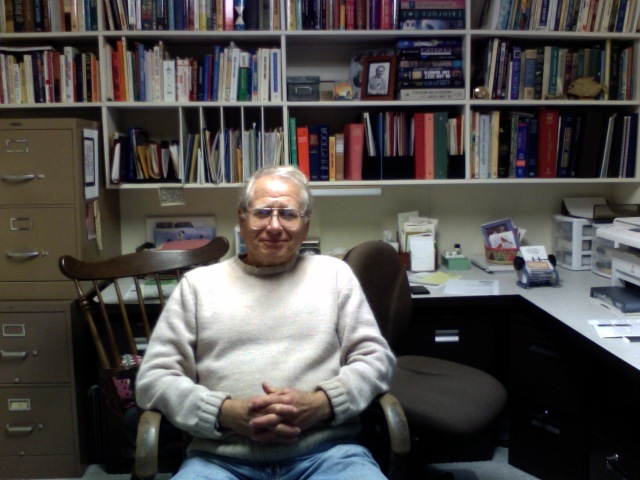 Dr. Cohen received his B.A. in Biology, M.A. and Ph.D. in Zoology at the University of California at Los Angeles.  His Ph.D. degree was in Genetics, with minors in Biochemistry and Comparative Physiology.  Dr. Cohen was a faculty member at Rutgers University, UCLA, and Pomona College before coming to CSUSM as one of the ten Founding Faculty and Program Director for Biology in August, 1989.

As a Founding Faculty, Dr. Cohen started in the rented offices in the building that would be fondly referred to as Cal State Jeromes, as it was located next to Jerome's Furniture on the other side of highway 78 from where the campus is now located.  Dr. Cohen helped design Science Hall I and was an integral member of a number of faculty and Dean searches in the early years of the campus.  He also helped procure over $4 million worth of equipment for the Biology and Chemistry departments.  Dr. Cohen served as the Program Director until his retirement in June, 2002.

Dr. Sheath received his Ph.D. from the University of Toronto and had a long and illustrious career in higher education.  He worked at CSUSM for 18 years, arriving at the university as a provost in 2001 and retiring as a biology professor in June, 2018. Dr. Sheath’s research interests focused on aquatic biology with emphasis on the evolution, ecology, biogeography and systematics of the algae and their use as water quality indicators.  He built his professional reputation as an internationally renowned phycologist, the name for a scientist who specializes in the study of algae.  In 2014, the Sheathia, a newly identified genus of algae, was named after him, recognizing his extensive research of many of the species in the genus and other freshwater red algae.  The California Primary Algae Laboratory, the only lab in the state to collect and catalog freshwater algae samples, is located in Science Hall 2.

Dr. Sheath passed in late 2019 but is remembered fondly by students, faculty, and staff for his kindness and collegiality.