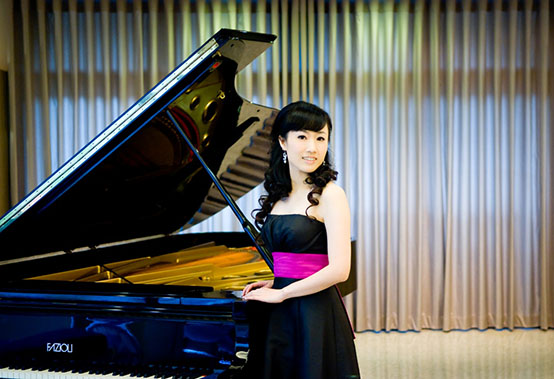 As a dedicated performer and educator, Dr. Ching-Ming Cheng has made many accomplishments throughout the world. She is an active pianist, collaborative performer and a committed teacher who has an enthusiastic heart for sharing her profession with others.

Starting her musical training at the age of 5, Dr. Cheng was soon chosen to attend the music talent class to begin her musical journey in Taiwan. She won her first prize in Taipei Music Competition in her early teens and continued to receive many other awards. In 2009, being a finalist in the Asia division, she was invited to participate in the Second Chinese International Piano Competition in New York City, representing Taiwan.

Soon after receiving her bachelor's degree in piano performance from NTNU in Taiwan, Dr. Cheng was granted a scholarship from the University of Miami to start her master's degree in Music Business and Entertainment Industry. In 2003, offered a full scholarship as a graduate teaching assistant, she continued to pursue her doctoral degree in Accompanying and Chamber Music at UM. Her mentors include Dr. J.B. Floyd, Mr. Tian Ying, Dr. Paul Posnak, Lang Lang, Andrea Watts, Hans Boepple, Sharon Mann, John Owings, Tamas Ungar, Harold Martina, Jin Zhang, and Rueibin Chen.

Dr. Cheng also plays double bass and has made appearances in many orchestral performances around the world.

Dr. Ching-Ming Cheng is currently on the music faculty as an associate professor of music at the California State University San Marcos.