Since 2010 the campus has made several efforts to decrease our water usage. In 2013 the campus well became operational which is used for watering landscape. 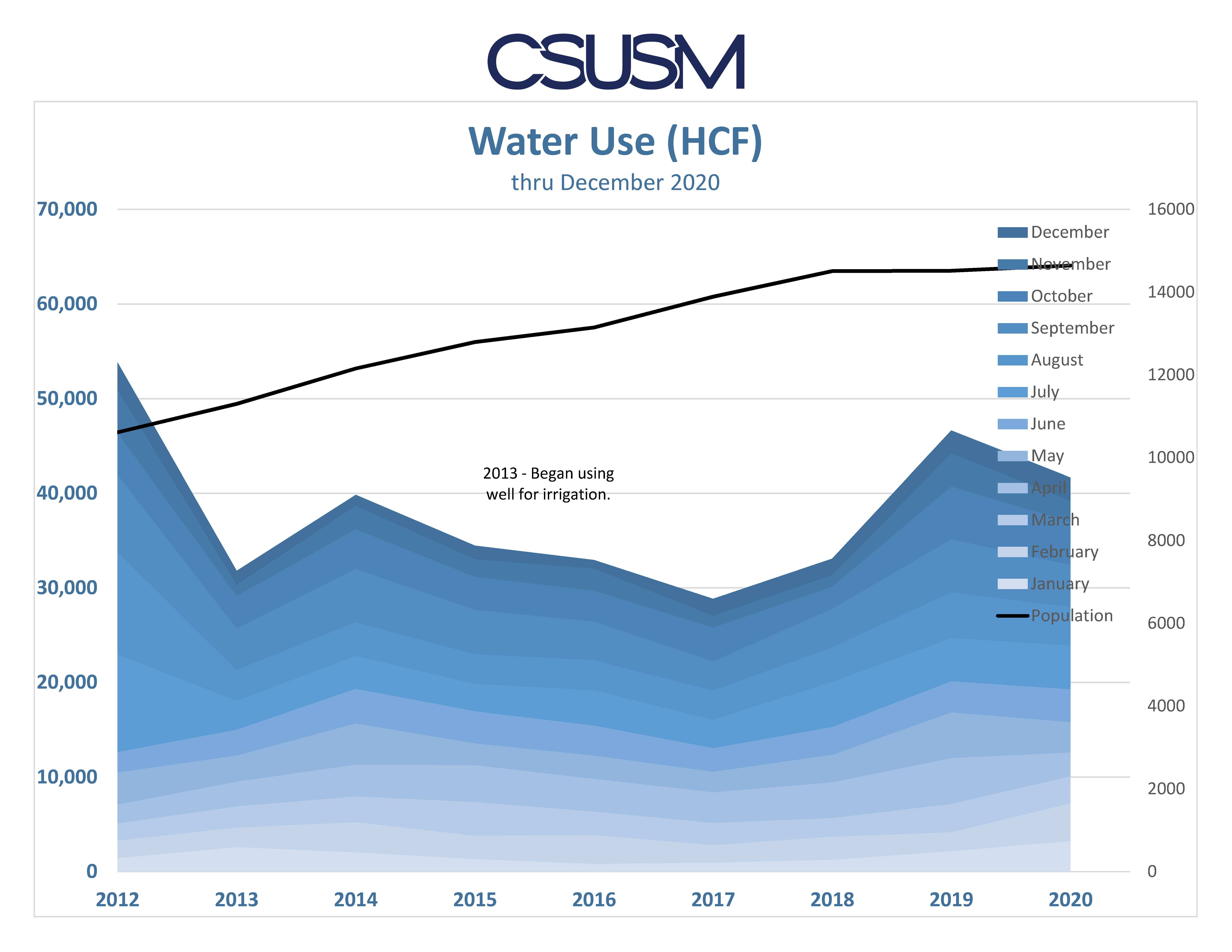 Graph trend at a glance: Water usage has stayed mostly consistent with the campus's population increase.