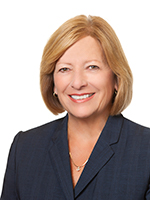 Janet was the Regional President for Caesars Entertainment, overseeing the operations of Harrah’s Resort Southern California (as well as serving as its General Manager) and Harrah’s Ak-Chin. In 2003, Beronio accepted the position of Senior Vice President and General Manager of Harrah’s Resort Southern California (then Harrah’s Rincon Casino & Resort). In her role, she oversaw the construction and grand opening of the resort’s $168 million expansion in 2004, as well as its 2014 $160 million expansion and subsequent rebranding. In 2012, Beronio was named Regional President of Harrah’s Resort Southern California and Harrah’s Ak-Chin, assuming executive management responsibility for both properties. Prior to her career with Caesars, Beronio served as Deputy Attorney General for the State of Nevada. She received her Bachelor of Arts Degree in Political Science from the University of Maryland and her Juris Doctorate from the University of San Diego.